Skip to content
3 min read
SPECIAL REPORT: How the Asia Pacific region is responding to the digital banking revolution

At Mambu, we’ve been on the forefront of the digital banking revolution for almost a decade, working closely with our customers as transformative changes swept through the banking and financial services industries in the UK, Europe and the Americas.

Harnessing this knowledge and experience, we established our Asia Pacific office in Singapore in 2016, with a Sydney office following shortly afterwards, in preparation for the digital banking wave we knew was to come. While some countries within the Asia Pacific region picked up the digital banking baton and ran with it early, others have been more reticent to embrace this brand new world.

Japan and Australia both saw first-gen digital banks launched as early as 2000, and have continued to be frontrunners in the space. More recently though, as mobile and API technology matured and became more reliable, the Asia Pacific digital banking landscape was transformed by organisations like Alibaba and Tencent, with the latter launching its digital bank subsidiary, WeBank, in 2015.

Hong Kong, South Korea, Singapore, India and Taiwan have also been proactive in welcoming new fintech players and challengers to the market, while regulatory changes in these countries have allowed and encouraged legacy banks to quickly adapt, diversify and test the market with new digital offerings in order to stay in the game.

Countries like Malaysia, Thailand, Vietnam and the Philippines are now in the early stages of the digital banking revolution, with new (and limited) digital banking licences being offered, or at least proposed, and many new players entering the market. Of course, a country’s digital banking capability is only as strong as its infrastructure, so we’re waiting with great anticipation to see how countries like Indonesia, which has mobile network and internet penetration of 92%, begin to come of age in the digital banking era.

Together with a fair amount of healthy competition between countries, it’s also exciting to see the innovative collaborations taking place between what would traditionally be thought of as competitors, for example, legacy banks working hand-in-hand with challenger banks and fintechs to launch new and exciting digital banking products, brands and joint ventures.

The Asia Pacific banking and financial services industry is at the precipice of a period of significant, transformative change over the coming 12 to 24 months, the impact of COVID-19 notwithstanding. In fact, the current global pandemic may actually force some countries  to speed up their response to digitisation of the banking industry, with a fast pivot to the provision of online products and services an absolute necessity.

Mambu is very proud to be the sponsor of this special report, published by one of Asia Pacific’s most high profile banking and finance media outlets, The Asian Banker.

This special report into the Rise of Digital Banking Licences provides a comprehensive situation analysis of digital banking across the Asia Pacific region, with a particular focus on how digital banking licences are being rolled out in each country. After you’ve read the report, we are here to answer any questions you may have about taking your business to the next digital stage, or what the current regulatory framework means for your organisation. Get in touch with a Mambu team member here. 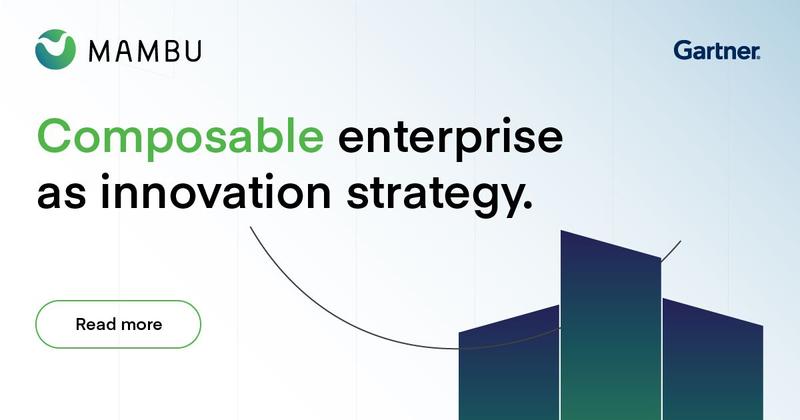 Gartner forecasts that by 2023, 60% of mainstream organisations will list composable enterprise as a strategic objective and will choose a componentised approach.