Skip to content
5 min read
Banks are under huge pressure as powerful new competitors capture market share. How can they retain their relevance, asks long-standing expert in the core banking systems and fintech space, Martin Whybrow.

These are unsettling times for banks, to put it politely. At the heart of this is their need to remain relevant in the face of breakneck change. Their core payments business is under attack and they are struggling to differentiate themselves. The competition could not look more scary: the likes of Amazon, Apple, Facebook, Google, Alibaba, Revolut and others yet to show their hands.

The challengers and challenges
Let’s take Revolut as an example. Launched in July 2015, it already has more than two million customers for its app-based free money transfer and exchange services, free ATM withdrawals, short-term loans, savings accounts, cryptocurrency services and insurance. The challenge couldn’t be spelt out more clearly within its marketing tag: “Better than your bank account”.

Or how about Alibaba’s Ant Financial, with a market cap already equivalent to the tenth largest bank in the world. This despite the fact it has barely got started outside of Asia, currently only focusing on the needs of Chinese tourists.

At the recent Money 20/20 event in Amsterdam, ING’s CEO, Ralph Hamers, addressed the challenge head-on. Consumer clients only need five products, he felt – current and savings accounts, investments, loans and mortgages. Banks cannot differentiate through products, he argued, so it will all come down to service and customer experience. However, tech companies large and small are setting very high customer expectations.

Much of this is about making things as simple and as relevant (that word again) as possible – which explains a lot of the success of Revolut. The relevance comes from proposing the product at the moment it is needed. A problem for banks is that the online giants such as Alibaba are in a much better position to identify that moment. Their financial offers are embedded and increasingly seamless within their overall online consumer-led processes.

In Europe, PSD2 is an enabler for competitors, requiring banks to open their payments infrastructure and customer data assets to third-parties that can then develop payments and information services to offer to those customers.

And fintechs can typically move much faster than banks. The traditional cycle of designing and launching a product might take six to eight months, by which time the opportunity has gone and the market has moved on.

How can banks react?
First, they can acquire fintechs, as JP Morgan Chase did last year when it paid an undisclosed amount for payments start-up, WePay, a competitor of PayPal, Stripe and Square. The success or otherwise of outright acquisitions remains to be seen – can the acquired companies retain their culture, leadership and ability to innovate? ING’s approach of taking “meaningful minority stakes in companies we think will be part of our future” could be the smarter way to go.

Second, they can seek to nurture and partner start-ups, as reflected in the many incubators, investments and tie-ups of banks around the globe. Banks still have their balance sheets and customer bases, and retain a good degree of trust. These are attractive attributes when looking to partner.

Sometimes, partners might also be competitors. HSBC, for instance, partners with another large Chinese upstart, Tencent, in mainland China but has admitted its concern about it as a competitor in Hong Kong. Even Amazon, viewed as a formidable competitor, is also a partner for many banks, by virtue of adoption of AWS for cloud solutions.

Tencent, in turn, has taken an investment in German mobile bank, N26. Set up in 2013, N26 founder, Max Tayenthal, said the incentive stemmed from “a feeling that financial services was the area most ready for disruption”. It recently announced it had exceeded one million customers and has a stated aim to be its customers’ primary partner, starting from the promise to be able to open an account in eight minutes.

Third, banks can simplify their existing offerings.
This was emphasised at Money 20/20 by Andy Maguire, Group COO at HSBC. Customers want “really simple stuff” that works all the time and in the same way wherever they are, he argued. “There is no point rolling out an application that will be too hard to use for most people in most places,” he said, citing an HSBC FX trading app. Having an incredibly sophisticated solution might win plaudits, he said, but it is no use if no one wants it.

Fourth, banks might set up spin-offs that allow them to escape the complex, expensive, siloed legacy technology, the unwieldy structures and old-school thinking. There has been a theory that, having set up a new bank with a much more flexible technology stack, it might then be feasible to migrate some or all of the existing bank to this over time but that has yet to be tested in reality.

Many of the newcomers are not gunning for banks per se but they do see financial services as facilitators for their core businesses and as a way to improve the ‘stickiness’ of customers. Those customers are receptive because of the convenience and much better user experience that they gain.

The disruption is happening at an unprecedented pace, which makes these fascinating times to be watching and reporting on the space but rather less fun if you are at the helm of one of the incumbents. 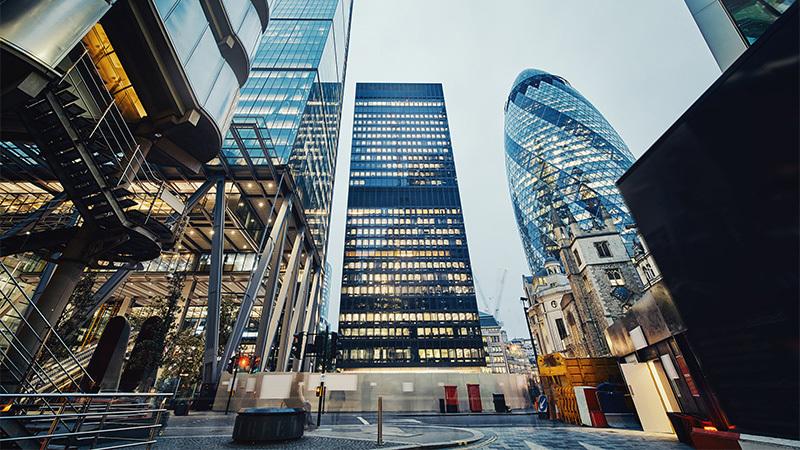 Incumbents are launching their own challengers

Digital technology has changed financial services and is being driven by new entrants that possess characteristics that are increasingly important to consumers and shareholders.