Skip to content
3 min read
In a recent breakout session during the annual technology event, we reflected on ways to encourage more symbiotic relationships in the platform economy. Video. 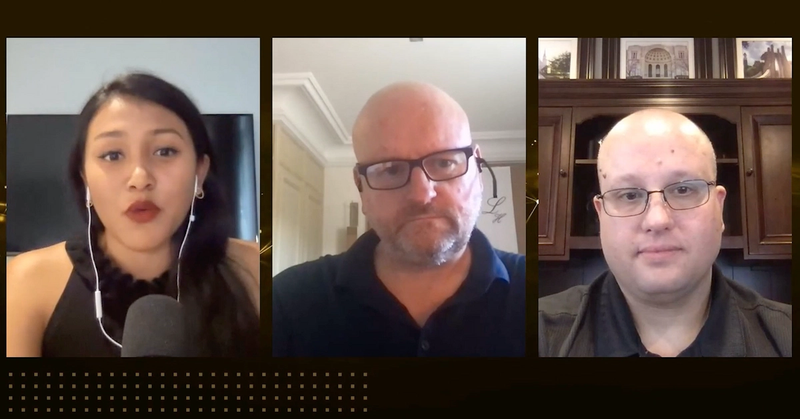 The financial services industry is going through a transformative process that is pushing different players to team up and collaborate. While Wise, formerly known as TransferWise, once paraded the death of banks in the streets of London, today they are actively working with them, and this is just one example of increasingly frequent alliances between incumbents and fintech companies.

It is often said that the best way to find common ground among organisations is to serve your customers, and according to Elliott, “Being customer centric is important, but it’s the mindset that will get you going, it’s letting go of your ego to be able to create an ecosystem with shared valued outcomes and goals.”

It’s the speed of change and evolution in this industry that calls for collaboration, says Thomas. For many players in financial services, especially the more established ones with slow-moving processes, it’s impossible to build at pace - it would take too long and by that time, the customers would have already moved on and your newly-created solutions would be obsolete.

Things started to change for incumbents when newcomers like Revolut in Europe or Chime in the US, started gnawing at their customers thanks to the experience and the products they provide. By now the traditional players know that if they fail to adapt and transform, they will lose market share and put their business at risk.

“Partnering to go forward is what we’re doing at Western Union, we have a whole division that takes care of that,” says Thomas about the switch from ‘egosystem’ to ecosystem in financial services.

Incumbents and fintechs move at two different speeds, so the angle here seems to be the creation of a better co-culture first that would, in turn, facilitate co-innovation and co-delivery. As odd as it sounds, every bank should be a fintech and every fintech should think like a bank. According to Elliott, “It’s like classical music and rap - different backgrounds, different tempos, but somehow when they can integrate, they can create melody and it works.”

Despite the differences, Mambu and Western Union are an excellent example of partnership between a fintech company and a multinational financial services business. Mambu is 10 years old whereas Western Union is celebrating their 170 years of existence. They started with horse messages and telegrams and they’ve come a long way in terms driving innovation and transformation in a company. “The fact that a logo like Western Union has decided to collaborate with Mambu is a testament to their phenomenal flexible mindset, but Mambu is not the new kid on the block either, so the 160 years gap is not as big as it sounds,” concludes Elliott.